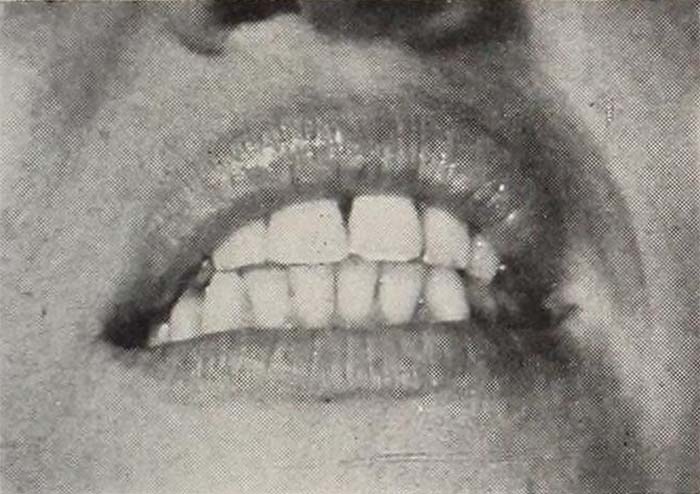 "In A Complete Immediate Denture Technique for the General Practitioner, Dr. James E. Bliss offers a striking example of how skillfully motion picture technique may be adapted to a subject as highly specialized as dentistry. An intelligent and systematic scheme of varying camera positions serves to present detailed material in as effective a manner as possible. Unhampered by the conventional idea, that the camera should rarely be shifted from one viewpoint to another when making such a film, Dr. Bliss has approached the subject with a plan of shooting sequences just as if he were making a dramatic film. The whole scheme of shots is simply considerably closer than it would be in the case of an ordinary subject. The result gives a feeling of unity and assures one that he is not looking at a series of movie slides. The ultra closeups in color are among the finest that have ever been filmed and, because of excellent lighting and precise focus, they make an outstanding teaching film." Movie Makers, Dec. 1939, 636.

Discussed in "Practical Films" (Movie Makers, 1939, 511), which noted that the production would be used as a teaching film.