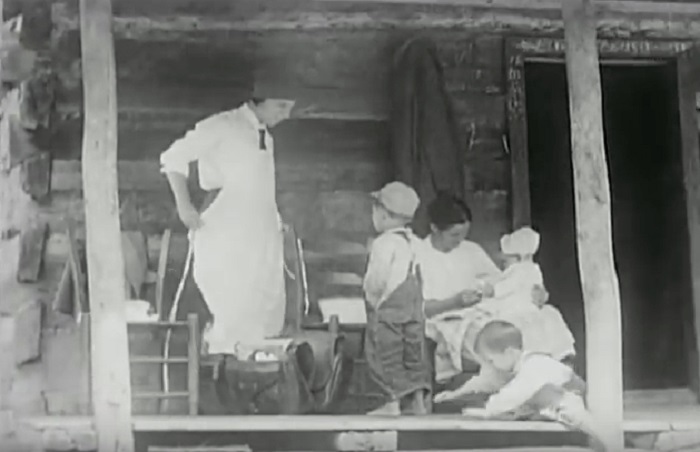 Screen capture of The Forgotten Frontier

"The Forgotten Frontier, filmed by Miss Marvin Breckinridge, is the most ambitious amateur made welfare film yet recorded. To show the operation of the Kentucky Nursing Service, Miss Breckinridge spent several months filming in the mountain districts reached by that organization. With the cooperation of the mountain folk, she staged several short dramas, each demonstrating the usefulness of one of the centers or some phase of their work. The completed picture runs 6000 ft., 35mm., and, in spite of the numerous technical difficulties, it is excellently photographed." Movie Makers, Dec. 1930, 788.