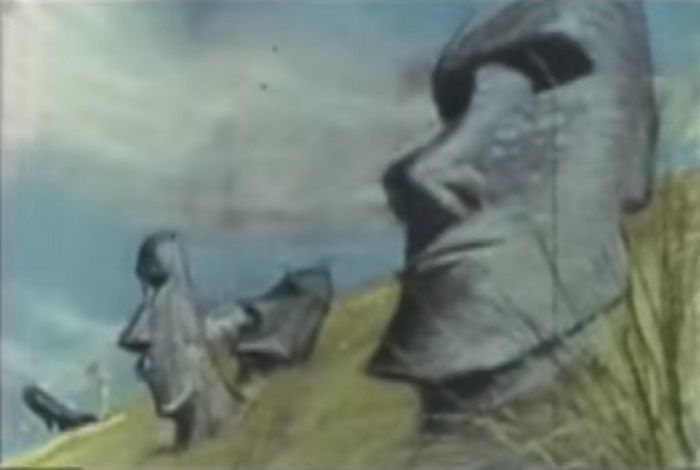 Still from Portrait of Lydia.

"The mind and heart of Lydia are portrayed symbolically in smooth-flowing, single-framed drawings in this psychological study of a woman. A different film for the devotee of the experimental approach to motion pictures" PSA Journal, Oct. 1963, 42.

Straiton explains in a 2015 interview with Bing Wang for 'Take Two: a Reflecting on Toronto Filmmakers from 1965 -1972' that:

One thing is in every film I tried something different. Portrait of Lydia (1964) was done with pastel and the another one [Eurynome (1970) uses Plasticine]. I would use a different style, it usually had a little joke or a little entertainment quality. I didn't like abstract things very much. When things moved, I usually used music in the motion picture, although most of the time I made the film first and added the music later. It seemed to work. It was only my last few films that I made that I started with the music and then made the pictures to match the music. In fact the first film of consequence, Portrait of Lydia, and I did that, I went through the music and I timed everything. I just used my old record player and timed all the beats, so I know how many frames to draw it. So there was a pattern, an attempt to marry the music and the actions drawn together.