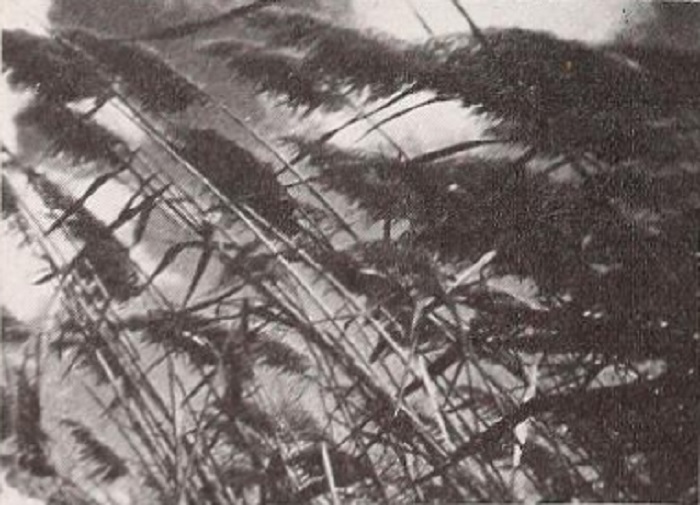 "Herman Bartei has, in Pathetique, made another contribution in the special field which he shares with Walt Disney and Leopold Stokowski — that of setting music to film. In this process, the music is the absolute, to which the footage must conform. While Disney achieves his conformity with drawings, Bartei uses actual cinematography of natural scenes. Mr. Bartel's absolute in this instance is the first movement of Tschaikowsky's Sixth — or Pathetique — Symphony, which is played from start to finish on double turntables, while the film sets forth what its maker feels is an interpretation in motion pictures of the music. The footage consists of autumn scenes, whose subject matter and tempo are varied to agree with the musical expression. The success or failure of this type of effort must depend upon the universality of the conviction of unity between musical and scenic episodes. Mr. Bartei reaches several high spots, notably one in which swirling crows against an angry sky are in very real harmony with the musical statement. Other scenes of autumn mist are very apposite to Tschaikowsky's phrases. The synthesis as a whole is both convincing and emotionally exciting." Movie Makers, Dec. 1943, 474.