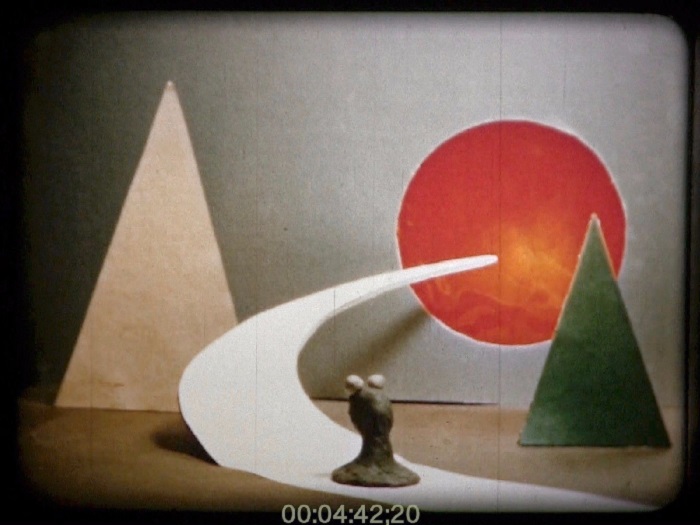 "The imaginative experiments with animated clay figures begun last year in No Credit have, in this year's Proem, proved out as a suave and wholly integrated art form. The unique and wholly delightful work of Leonard Tregillus and Ralph Luce, jr., has here come handsomely of age — both technically and creatively. Proem, conceived as a preface to the theme of Carroll's Through the Looking Glass, is of far greater filmic stature than its already rented status permits it to be rated." Movie Makers, Dec. 1949, 470.

A print of the film is held by the Harvard Film Archive.

Record of the film on BFI, and the Big Cartoon Database.

Movie Makers (Feb. 1950, 49) reported that Proem was sold to A. F. Films for national distribution. Some catalog records of the film list only A. F. Films as its producer.

"An allegory in eight scenes, containing both Impressions and abstractions of the themes: "The Eucilidian Rook," "A Quixotic Interlude," "A Catholic Fable," "Sex and Such," "The Great Dictator," "Power Politics," "Mobilization," and "Denouement." Modeling clay is used as the animating medium." Educational Film Guide, 1953 Edition, 813.