Voice of the Key, The 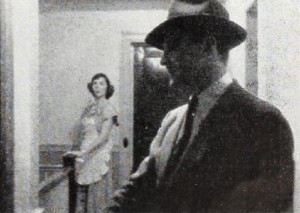 "'The Voice of the Key' is a magnificently staged photoplay, beginning with the very professional series of opening titles and featuring remarkable interior photography, considering the limited equipment at the disposal of the filmer. Charles Carbonaro, using photo-floods entirely, has achieved some truly professional illumination in his interior settings, and his camera technique displays an artist's genuine feel for forceful and dramatic story telling with a camera. The story concerns a murder of an unfaithful wife's lover by her husband, and the steps the husband takes to conceal his part in the crime, only to be tripped up by his door key as the incriminating evidence. Carbonaro used a Cine Special Camera and Eastman Super X panchromatic film. The script, which he wrote himself, was adapted from a story published in 'This Week', Sunday supplement magazine of national distribution." American Cinematographer, Apr. 1950, 133.

"Great ambition and a wide knowledge of both amateur and Hollywood camera techniques mark Charles J. Carbonaro's The Voice of the Key. The film is a whodunit, involving many of the human reactions — from love and hate to cynicism, impatience and sudden passion — all of which have to be registered by the actors at Mr. Carbonaro's command. It's a large order, and the film does not quite fill it dramatically. But the good things about The Voice of the Key are very good indeed." Movie Makers, Dec. 1950, 468.

"The Wayward Mink. It is hard to believe, but the plot in this film is exactly the same as in The Boomerang, made by filmers in Montreal. Were it a simple, everyday plot, the coincidence would not be so remarkable, but these two filming groups are over 3000 miles apart. In the Mink as in the Boomerang, a wayward wife accepts a gift from her lover, only this time it is a mink stole instead of Boomerang's necklace. Again, the wife wonders how she can get her husband to "find" it and, she hopes, present it to her. And, to top it all off, what eventually happens to the wayward mink also happens to the necklace. Though the plots are identical, the treatments are entirely different" PSA Journal, Sept. 1966, 36. 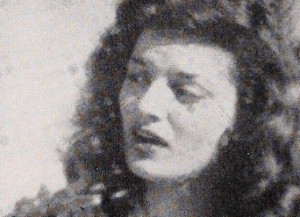 "Any husband who has ever cast a wandering eye in the direction of a neighboring redhead should appreciate the husband and wife shenanigans related in The Wolf's Tale, by George A. Valentine. In addition to its redhead, and further complications, Mr. Valentine's film has the great merit of brevity, though it includes several travel shots and a little family background as well as its smoothly told story. Basically, however, the moral of The Wolf's Tale is: Leave redheads alone." Movie Makers, Dec. 1948, 495.