Film Record: Ymir and the Yankee Girl Gold Mine 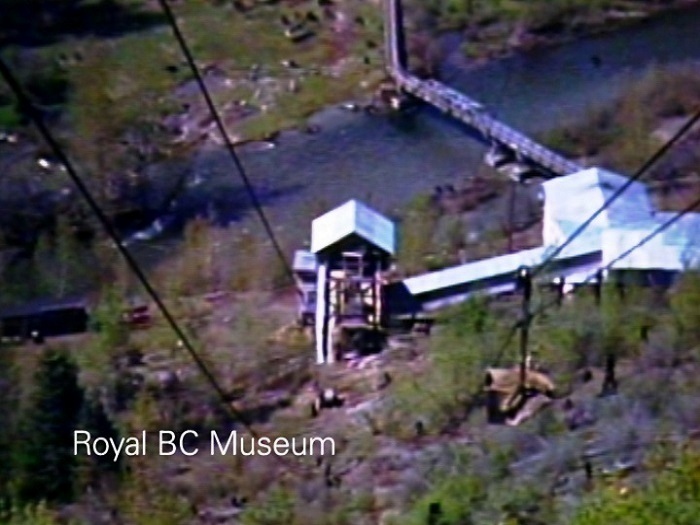 The concentrator building & overhead tramway in Ymir and the Yankee Girl Gold Mine. (Digital frame grab from BC Archives V1999:02/003.02 item #2)

The extant reel concludes with footage from elsewhere in the Kootenay Lake Region (Kootenay Lake, Nelson and Kettle Falls), which seems unrelated to the Ymir and... title. This item was part of an apparent series assembled by Morrell under the overall title British Columbia Sketches. Since the series title precedes the item title as shown above, this film was described by the BC Archives as British Columbia Sketches : [reel 8].