Film Record: Holy Sacrifice of the Mass, The 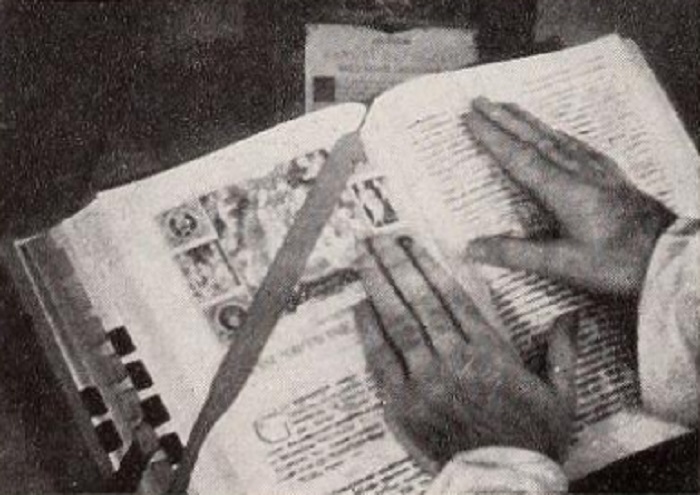 With music on disc and narrative to be read during projection by the Reverend Edward J. Hayes.

"The Reverend Edward J. Hayes, assisted by his brother, Paul J. Hayes, has made an impressive film record in The Holy Sacrifice of the Mass. All the details of the rite are shown simply and directly. The film was made at close range, and it affords the audience the celebrant's view of the altar. The excellence of the color in this Kodachrome work stresses the beauty of the vestments and of the religious articles. The understanding and devotion behind this effort are evident in the spiritual quality achieved." Movie Makers, Dec. 1943, 477.