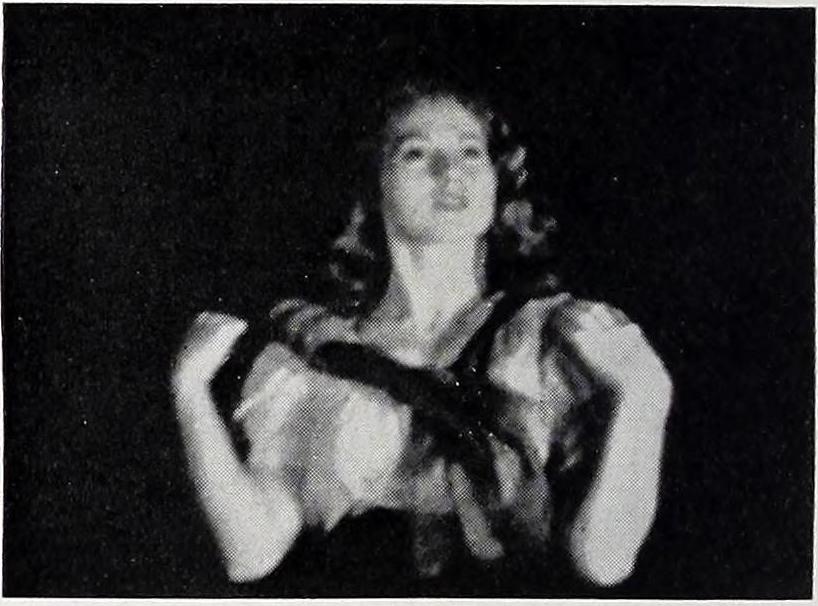 With music and narrative on disc (sixteen inches).

"In The Alpine Vixen, a dramatic story based on folklore legend, Anchor 0. Jensen has raised 8mm. color filming to a level that movie makers in any width would do well to emulate. Particularly in the double exposed sequence of the Titian haired girl in a cave of crystals does he prove his skill with the camera. Mr. Jensen also achieves unusually pleasant outdoor lighting, both in close shots and more distant scenes. The film is accompanied by a narrative, to clarify the pictured story, interspersed with a folk tune played on an accordion, all of which is recorded on a sixteen inch disc. One might have hoped for more somber music to match the menacing mood of the early part of the film, but the accordion tune is in keeping with the climactic scenes of the festive villagers. Infelicities of modern accouterments which would have marred the spirit of the legendary tale have been judiciously avoided." Movie Makers, Dec. 1945, 494.