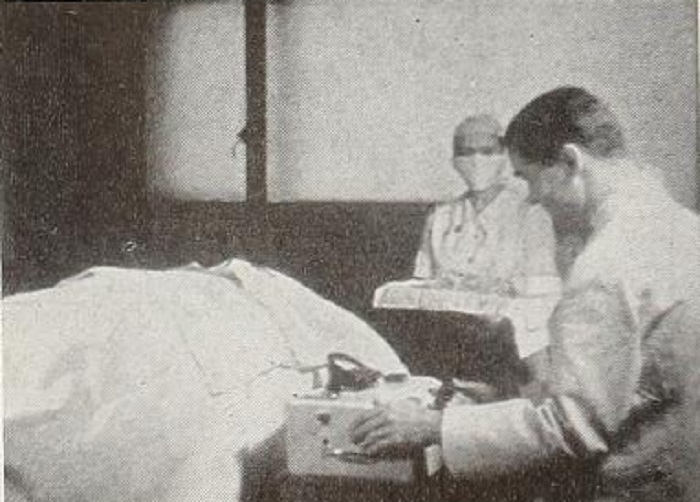 "We have seen many medical and surgical films made by Dr. Robert Mallory, III, and most of them have been excellent. This one, however, a picturization of an extremely delicate operation on the eye, surpasses them all. It is a suave and exact record of the complete operation, featuring splendid full frame closeups of the eyeball. The exposure and filming technique are flawless except for one or two scenes in slightly soft focus. We are well aware of the difficulties encountered in making a film of this kind, and we feel that Dr. Mallory has scored a distinct triumph here. He is an exceptionally neat worker, and the entire film shows the effects of care in production and editing. Movie makers who have aspirations to become filmers of medical or surgical material could well take this film for a pattern." Movie Makers, Dec. 1942, 508.

This film was available in the Medical Film Library at Temple University Hospital (The Educational Screen, Feb. 1943, 60).