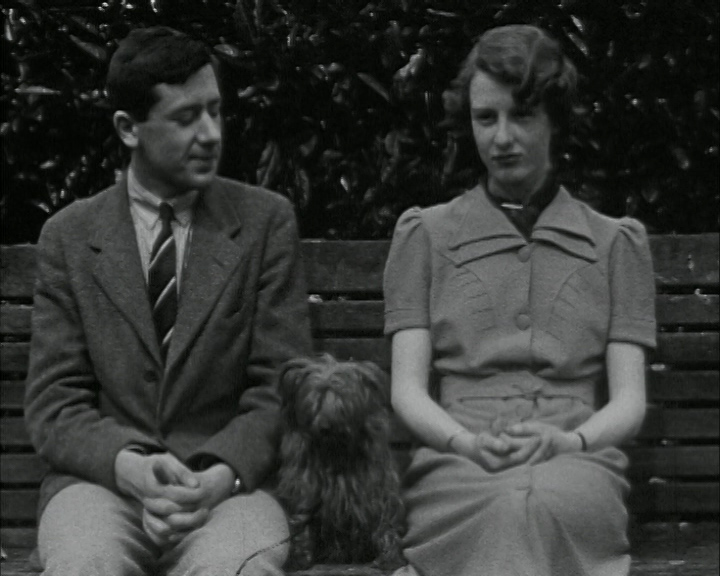 Still from Hydrogen Peroxide via EAFA

"Amateur filmmaker, cinema historian and railway engineer H.A.V. Bulleid presents the tale of Percival Pond, keen stamp collector and single man looking for marriage. Together with his dog Pliny, Percy is seeking his ideal woman. After his efforts to persuade a girl he is dating to dye her hair blonde fail miserably, even going so far as to post her a bottle of Hydrogen Peroxide, Percy meets Madeleine. Percy then continues his fetishistic quest with his new beau. At the Pond family home, Percy voyeuristically watches Madeleine pass a series of character tests, unwittingly for her. Percy scores her actions and traits on a character chart. After a death-defying drive in Madeleine's break-less car, which she handles coolly, and eating asparagus with the family, Madeleine passes the tests and is rewarded with an offer of marriage" (EAFA Database).