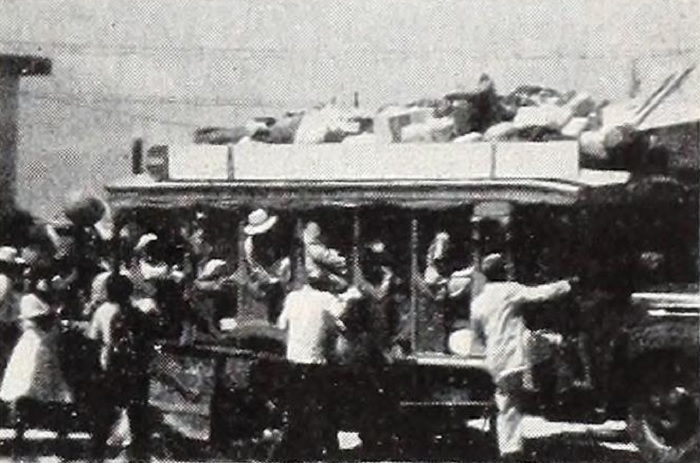 "Stanley Woolf's film tour of this fascinating island presents an entertaining record, in a pleasantly casual manner, of an American visitor's impressions of the Black Republic. The street scenes and detailed studies of its artisans at work provide engrossing fare, while the voodoo dances at the climax make an exciting film experience. Technically, Haiti — The Black Republic is a wise and workmanlike production. From the short period and superficial observations of a tourist's visit, one cannot, regrettably, ask for a great deal more. The haunting subject matter, however, prompts a fuller answer to such a demand — someday." Movie Makers, Dec. 1950, 467.