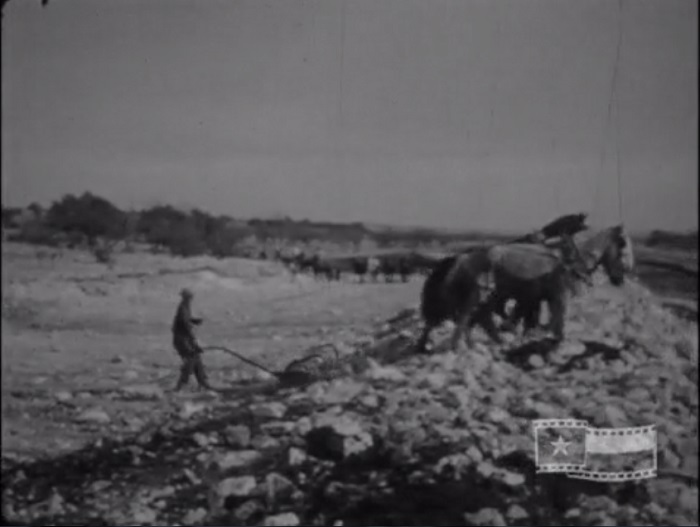 Still from Building the Santa Fe Extension. Texas Archive of the Moving Image.

"Produced in the late 1920s, this amateur film documents the construction of the Santa Fe Railway extension connecting San Angelo and Sonora. In 1928, the Atchison, Topeka and Santa Fe Railway Company (Santa Fe) purchased the Kansas City, Mexico and Orient Railway Company of Texas (Orient of Texas). In so doing, they also acquired the company’s system of track lines, 465 miles of which were in Texas. As a subsidiary of Santa Fe, Orient of Texas then began construction on a pair of extension lines: one spanning the 72 miles from Paisano to Presidio and another the 65 miles from San Angelo to Sonora. This amateur film captures early construction on the second, with a small crew using work horses to clear the route and build bridges. The San Angelo-Sonora line was completed on July 1, 1930. Santa Fe abandoned the line in 1976" Texas Archive of the Moving Image.