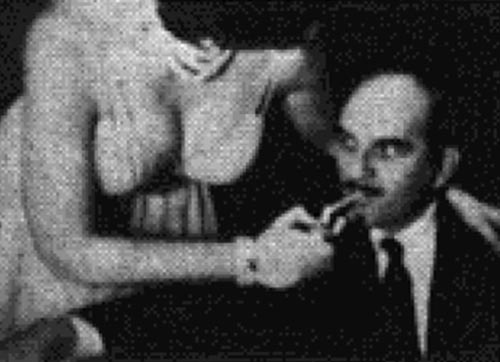 "Where there's smoke there must be fire, but the situation is not as disturbing as it could appear. Rather it is something to be taken lightly. It is about persons smoking. A Long time ago, before the age of tobacco, many things were smoked, but now it is tobacco. We get a glimpse of some of the products smoked, some famous smokers, and some of the reasons why people smoke. But when man reaches the end of his journey, it is certain that the end will find him smoking. The maker of this film received the MPD Humorous Film Award. Perhaps it is not without some point of humor that the sponsor of this award, a cigarette case, does not smoke. This will be included in the Package" PSA Journal, Oct. 1962, 36.

BFI entry of the film.

His first film, Smoke, an early 1960s satire on the smoking habit, had a production cost of $400, was shot in his home, and succeeded beyond expectations. The movie was used by the American Cancer Society for many years. It won first prize at Germany's Oberhausen International Film Festival, beating Mel Brooks' Academy Award-winning entry The Critic, and was chosen for distribution by the precursor of the New York Film Festival, Cinema 16, backers of documentary and avant-garde films.