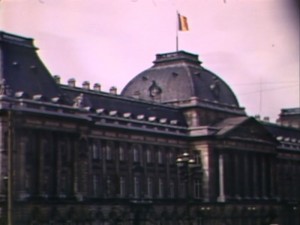 Het is Lente in Holland!

"Het is Lente in Holland!, by Esther Cooke, may well be one of the most beautiful and perceptive travel studies of this (or any) contest year. For here is no banal tourist mish-mash of the usual wooden shoes, windmills and cheese markets; we find in their stead a literate and respectful account of a small country with its old and cherished travel conditions. Technically sparkling and esthetically pleasing, It is Spring in Holland is so deceptively simple that each viewer is likely to assume that he could easily do likewise. But the skill which Mrs. Cooke has lavished on each succeeding scene should not be taken lightly. Her exposures are exact, creating color which seems magically luminescent; her viewpoints are knowingly selected to create fresh and revealing compositions, and her editing has blended the whole into a travel study of exceptional poise and beauty" PSA Journal, Jan. 1955, 48-49. 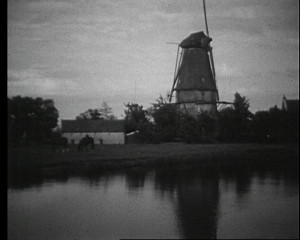 "A four reel film recording details of a motor tour undertaken by Eustace and Eunice Alliott through six of the twelve Dutch provinces" (EAFA Database).

"Mr Alliott responded by projecting yet another film, in colour, recording a visit to Holland, in which there were some excellent shots of Dutch scenery, including the gorgeous tulip fields. There were also many happy portraits of peasants and children in their quaint national costume." (Anon, Photographic Journal, 418)

[Information included on the EAFA database suggests that the film was partially shot using prismatic film which, when using red, blue and green filters on a Kodak A projector, a colour experience is possible. This includes the scenes of: Volendam, Marken, Alkmaar (lively cheeses), Sneek, Veere, Domburg etc.]

"Oscar Horovitz clicks with a second entry in this competition with his 'Tulips, Canals and Wooden Shoes,' documentary on native Holland." American Cinematographer, May 1952, 224. 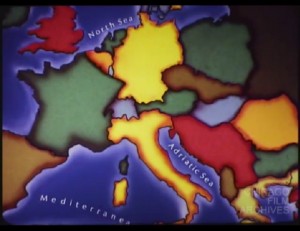