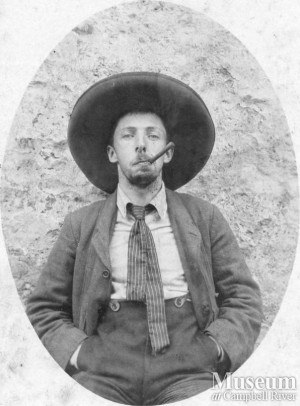 "Francis John Barrow emigrated to Canada at the turn of the century and looked for land in the Kootenays. He lived in the Gulf Islands until he finally settled in Sidney, B.C. He and his wife spent many summers cruising the West Coast" British Columbia Archives.