Film Record: Harmony of the Bees 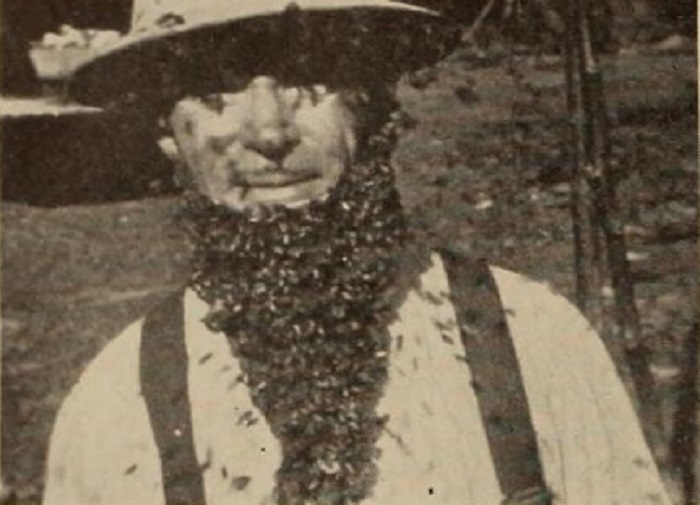 "Out of his personal experience, C. H. Bacon has produced an intimately documented film study of honey bees, both from the viewpoint of the keeper and that of the bees. Included are some extraordinary detail shots of life within the hive — the birth, life and death of a queen bee, construction of a hive, protection against natural enemies and the production of honey. Happy touches of light humor balance the more serious aspects of the subject, while the bear sequence at the end provides an amusing climax. Exceptionally well lighted and capably photographed, the picture provides entertaining and instructive screen fare." Movie Makers, Dec. 1949, 469-470.