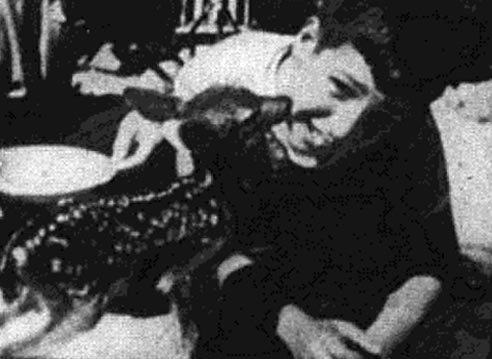 "Eye to Eye, by Tullio Pellegrini, is an instructive and hilarious romp through the insect world, as seen via extension tubes and as scenarized with a sharply satiric sense of humor. Mr. Pellegrini has managed to poke just the right amount of fun at both insects and insect hunters (particularly movie makers) to tickle the most crusty rib in the audience. Among the more madcap moments are a parody of Dragnet, in which a spider lures his hapless victims to their deaths, and a sequence of "Bug-o-Phony" sound, in which (audio-wise) caterpillars make like locomotives and ladybugs like taxicabs" PSA Journal, Jan 1955, 48.