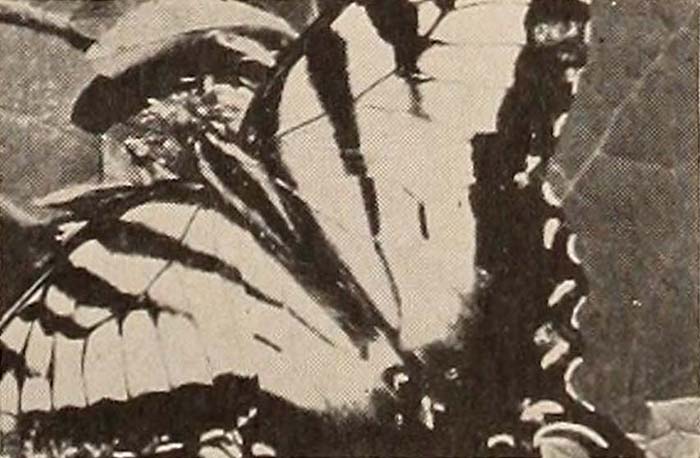 "Technically superb macroscopic work marks the great part of the footage of Swamp Song, a color story of the insects found in the marshes and woods of the countryside, filmed by R. H. Unseld. Perfect focus and precise exposure distinguish the studies of insects, and it is not unlikely that they are the best of their type that have yet been filmed with an amateur camera. It is unfortunate that the story motif of this picture — a father and son wandering through the woods in search of insect types — is not better integrated with the extraordinary macroscopic footage. Nor is the technique of the titling on a par with the rest of the film. But the macroscopic insect scenes are truly astonishing, and such highlights as the invasion of a termite colony by a roving band of ants and a series of ultra closeups of butterflies are without parallel." Movie Makers, Dec. 1938, 621.