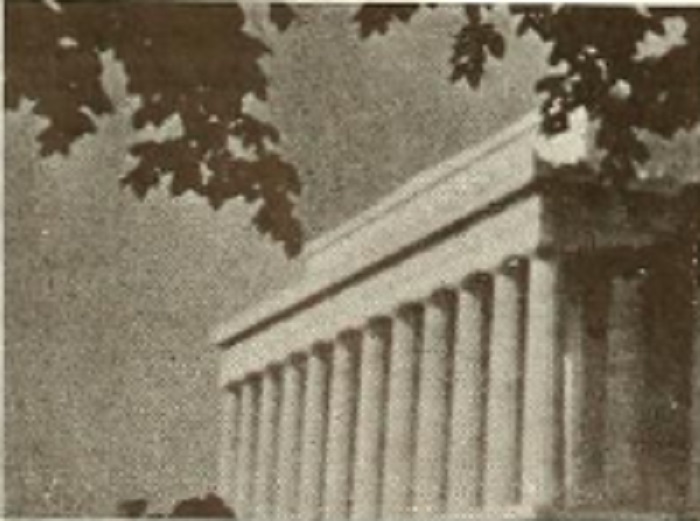 "In Holiday in Dixie, Morton H. Read, a Yankee from Massachusetts, has so well understood the essence of the Old South that he has called back from its storied urns a breath which inspires the whole film so intimately that Southern hats should come off to him. His remarkable sympathy with the remains of the Cavalier era has made it possible for him to present them with conviction and fire. Mr. Read first shows us Washington with its dignity and spaciousness, by carefully chosen shots. He pauses for an inspection of the caverns at Luray, and then he goes on to study the lovely cities of Lexington and Williamsburg. We reach the deep South at Charleston and the Ashley River; it is in this part of the film that its maker establishes his vivid emotional identity with a past epoch. A sequence of Negro rural life is brilliantly handled, and the film comes to an amazing climax with scenes of the trees and flowers in the gardens of ancient estates. With music and with a narrative that sets a new standard in this newer phase of personal movies, the mood of the film is not only sustained, but amplified, so that, after the projection, one wonders which of the three — film, music or words — one will longest remember." Movie Makers, Dec. 1940, 599-600.