Film Record: Fire From the Skies 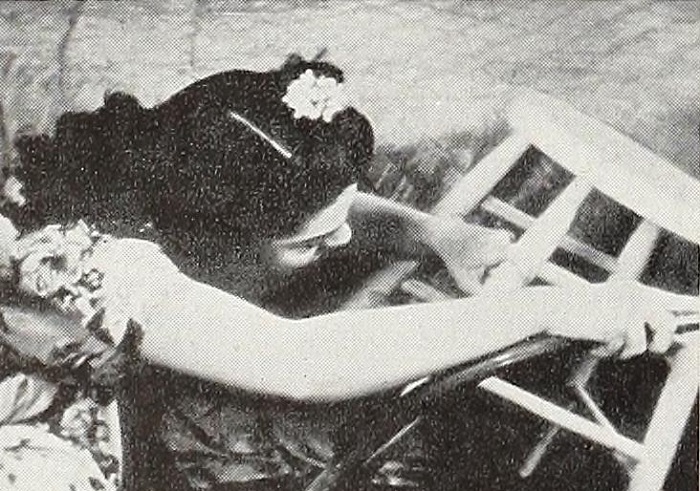 "Fire from the Skies should be a ringing challenge to amateur movie clubs and individual personal filmers across the country. For it is a competent, compelling and altogether mature contribution to the cause of civilian defense. It was produced by the Long Beach Cinema Club with no more facilities than are available to all of us. The added ingredient which put the production over was interest; they wanted to do it — and did ! The dynamic leadership of Mrs. Mildred J. Caldwell, ACL, former club president and coordinator of the present film, is felt throughout its footage. Telling a story of incendiary bomb protection, the picture tells it from the woman's angle, that of the housewife who, before all others, must fight to protect her home. The film employs shrewdly every artifice of the motion picture craft — color, sound, music, narrative and special effects. All are handled crisply and with confidence. The continuity is dramatic but informative, the camera work effective and the sound track exciting in its contribution to the visual message. Fire from the Skies need offer no apologies amid the too small company of America's civilian defense motion pictures." Movie Makers, Dec. 1942, 506.