"Esther Cooke presents an outstanding motion picture. This colorful pageant, filmed against a background of majestic Austrian Alps satisfies in every respect. A masterful eye for beautifully composed scenes is evident throughout the film. The pageant is covered from such a variety of angles, one marvels at Esther Cooke's ability to record the vent single handed. The accompanying musical background and very informative narration are obviously the result of careful research and planning. Leo J. Heffernan narrates the film - truly a masterpiece among travelogues." PSA Journal, Dec. 1955, 34. 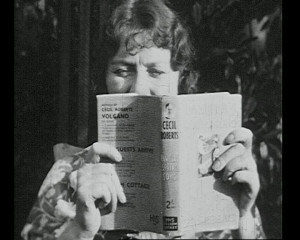 "[W]e read about the desirability of giving one’s holiday films shape. So since then all our efforts have had a prologue and epilogue, and if possible a theme […]. This was first noticeable with a film of Austria called The Countess Receives, which was the result of reading a charming romance by Cecil Roberts developed from an advertisement by an Austrian Countess offering paying guests to her castle: “Sun, wild flowers, warm bathing, and dancing in the moonlight”. As I actually saw this advertisement shortly after reading the book it naturally suggested the framework of the resultant “visit” (Day 1958). 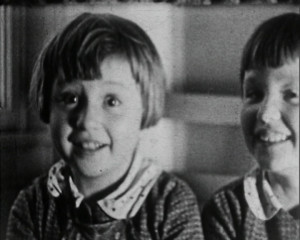 "Documentary. The holidays of two young children, Heidi and Erika, in the area of the Danube. Shots of the landscape, bathing, playing with animals, visits to the abbey at Melk and a castle" (EAFA Database).

"A rather thorough glimpse of the little town of Salzburg, Austria, is given to us in this well constructed little film. We find music, distinctive dress, churches, parks, and people. The narrator and the sound track go a long way towards amplifying the mood that is created by the visuals" PSA Journal, Sept. 1966, 36.

Village in Austria, A

A travelogue film from a trip to Austria.