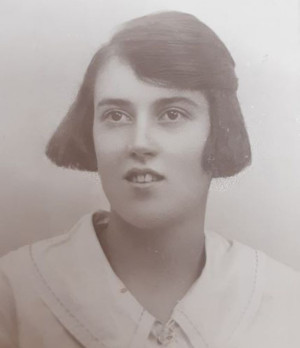 Philippa Ruth Miller c.1928. Courtesy of the Museum of the Broads

Philippa (Pippa) Miller was a well-known Norfolk-based artist and schoolteacher whose love for the Broads, local flora and fauna, and village life, was captured in a series of 8mm films made between c.1965 and 1975.

In 1921, Pippa studied at Lowestoft School of Art and exhibited at the Walker Art Gallery, Liverpool in 1924 (Suffolk Artists, n.d.). Miller developed an interest in travel from an early age, starting with several trips as a young girl with her father through Europe (Suffolk Artists, n.d.). Many of these excursions were captured in paintings, sketches and, later, on 8mm cine film.

Miller moved to Norwich in 1930 and taught art and craft at what became the Blyth-Jex Comprehensive and was a member of the Norfolk & Norwich Art Circle, 1933-1976 (Collins 2021). After retiring from teaching in 1965, Miller worked alongside close friend, former teaching colleague and fellow amateur filmmaker, Frances Procter. Though little is known about Procter outside of the information ascertained from Miller’s journals, it is clear that both were ardent amateur filmmakers during their retirement. These films capture holidays on the Broads and elsewhere in the U.K. alongside scenes of their home in Norwich and surrounding area.

In addition to these travelogues and documentaries, films such as Balloon Adventures (undated) illustrate how the Miller also combined her skills as an artist and storyteller with her amateur work. Comprised of nearly 100 individual films, the Philippa Miller collection is held at the East Anglian Film Archive, Norwich.

Collins, Ian. 2006. 'Obituary: Pippa Miller: Lover of the Norfolk Broads who Painted the Effects of Baedeker Raids on Norwich.' Guardian. 29 May, p. 30.