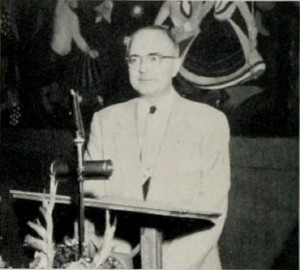 "Mr. Flory was a pioneer in the use of motion pictures for nontheatrical applications for business, education, government and medicine. For 21 years, he served as the adviser on nontheatrical films at the Eastman Kodak Company headquarters in Rochester. He was also president of Flory Films Inc. of Manhattan, a producer and distributor of public relations, advertising and training films."