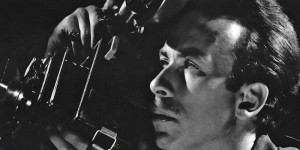 Jack (Yasha) Pashkovsky lived in North Hollywood, California but born in St. Petersburg, Russia. In the 1930s he worked for Twentieth Century Fox and went on to photograph many Hollywood stars and famous people from the 30s to the 50s (Avrich, 2004).

Avrich created a 12 minute short of Pashkovsky entitled "The Man Who Shot Hollywood".

See a short piece from the Toronto Star "The Celebrity Photographer You’ve Never Heard of" on Pashkovsky, for press on the Avrich film which premiered at TIFF in 2015.