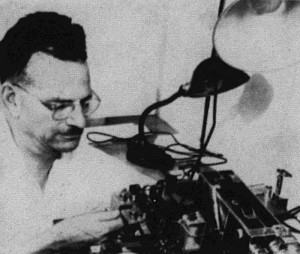 Insect Catchers of the Bog Jungle (1955)

Professor of Wood Technology at the State University of New York, College of Foresty

"Dr. William M. Harlow was a professor of wood technology who traveled extensively through forested regions of the United States and Canada, wrote five books, and produced 30 educational films, most of which featured time-lapse photography. His films won international recognition and he worked with the Disney studios on a 1956 feature, “The Secrets of Life,” one of the award-winning series, “True Life Adventures.” " State University of New York: College of Environmental Science and Forestry

The College of Environmental Science and Forestry (ESF) at the State University of New York (SUNY) lists 21 of Dr. Harlow's films as being held by the university which are available to stream online, as well as a memorial service for Dr. Harlow from 1986.

For information on the handling Harlow's film collection at SUNY see: Clemons, Jessica, and Reed Bresson. "What Was Old Is New Again: Managing Streaming Archival Films on Multiple Hosted Platforms." The Reading Room: A Journal of Special Collections 2.2 (2017).