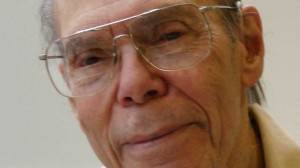 Photo of Dr. Shaw from the Shaw family via Newsday.com

Long Island, New York. His obituary was published in Newsday in 2015 which states:

He began filmmaking when he was 40 and was the highest-ranked amateur filmmaker in the Motion Picture Division of the Photographic Society of America. He won awards in competitions in 19 countries, from Cannes to Melbourne. He served as president of the Society of Amateur Cinematographers and Video Makers. One of Shaw's movies, "The Listmaker," was described in The New York Times in 1989 as "a wonderful film with the richness of an O. Henry short story." A comedy, "The Model Anesthesiologist," was a smash at medical conventions, so much so that a pharmaceutical company offered to pay him for screening rights. He declined, cherishing his amateur status. He encouraged and taught other filmmakers through Long Island Movie Makers, which honored Shaw, stating "His knowledge of the technology of movie making had few peers."

Another obituary was posted on the American Motion Picture Society website which fondly refers to him as "Wally Shaw".

See page 7 of the last issue of AMMA Monitor (Magazine of the Amateur Movie Makers Association) Winter 2008 for a tribute to Shaw by Ephraim Horowitz when Shaw ceased to hold his film workshops that year.