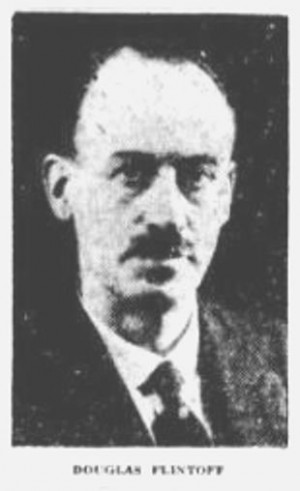 Douglas Flintoff was a photographer and co-founder of the Victoria Amateur Movie Club. In 1930, he and F. Williams created Atlas Educational Films Company in Victoria, with the intention of producing educational films promoting BC industries. However, it appears that this company did not develop much beyond an idea. In the 1930s, Flintoff made tours of the Cariboo (1933) and Vancouver Island (1934), showing educational films in various communities, with the support of the Dept. of Education. Starting in the late 1940s, he partnered with H. Godfrey Hirst in the photographic supply store Hirst & Flintoff, at 1006 Broad Street in Victoria.