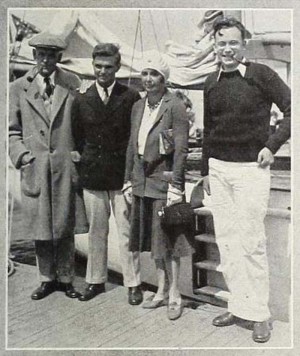 "The CARLSARK was a yacht owned by Carl L. Weagant, who sailed from Ithaca, New York, to Ithaca, Greece, shortly after graduating from Cornell University in 1929. The other crew members were Henry M. Devereux, Joseph Rummler, and Dudley Schoales. Weagant later wrote for YACHTING magazine and invested in salvage projects. In 1934, he committed suicide, citing financial failure as the reason in a note to his family" Cornell University Library.