Film Record: To the Ships of Sydney 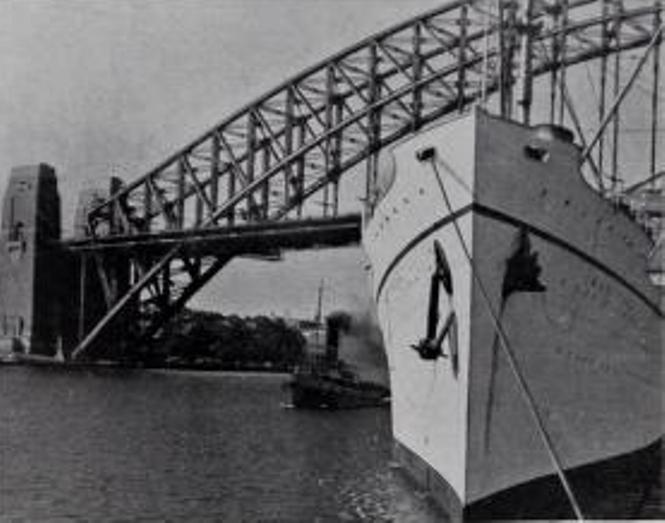 Still image from To the Ships of Sydney in American Cinematographer, March 1938, 114.

"Semi-professional documentary made in a romantic style as a tribute to Sydney Harbour and the different types of vessels that cruise on it." NFSA.

"JAMES A. SHERLOCK, S.A.C, Sydney, Australia, with his "To the Ships of Sydney," is the winner of the grand prize of $200 in the American Cinematographer's 1937 International amateur competition for 8mm and 16mm films. Under the terms of the gift of $100 in merchandise by Bell and Howell, to go to the maker of the film which in the opinion of the judges was the best in photographic technique of those films made entirely with Bell and Howell cameras, the man Down Under automatically comes in for a second award." American Cinematographer, Jan. 1938, 26.

Still images and sample titles from this film are shown in American Cinematographer, March 1938, 114.

This film is part of the James Sherlock collection held by the National Film and Sound Archive of Australia.

"Semi-professional documentary made in a romantic style as a tribute to Sydney Harbour and the different types of vessels that cruise on it. Locations and landmarks include Port Jackson, Darling Harbour (dock workers unloading ship), Pyrmont Bridge, Circular Quay, Balmain, Glebe, Glebe Island Bridge and Sydney Harbour Bridge, Clarke Island, the Cockatoo Island Shipyards. Vessels include the "Mariposa" liner, the "Mornington" and "Longueville" ferries and many yachts." Via NFSA.