Where the Americas Meet 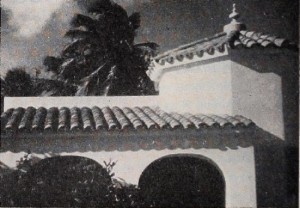 "There are clearly in Where the Americas Meet, by Esther and Morton H. Read, the same qualities which marked Holiday in Dixie, the award winning production made by Mr. Read last year. Here again is that intangible ability to evoke the feeling of past events, simply from pictures of their present landmarks. One can almost catch the glint of Spanish armor on ancient battlements, as Mr. Read's splendid cinematography and suave narrative study the fortresses of San Juan. Here again is that definite sense of research into the subject matter, before ever a foot of film has been exposed. Mr. Read piles detail upon detail with almost hypnotic elaboration, much in the manner of today's novelists in recreating the life of the Old South. If anything, the present film — like its predecessor — tells a tale too long, although speaking always with impeccable imagery and a wise use of words and music." Movie Makers, Dec. 1941, 567-568